Nebbia by Marta Palazzesi is finalist in the kids section of Premio Strega, the most prestigious and oldest Italian literary award, named after a famous Italian herbal liqueur and originally devoted to adult fiction. 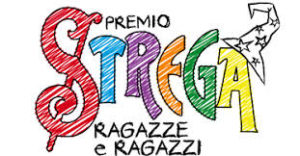 Here’s the jury’s motivation: Set in 1880 London, Nebbia is a novel where many classical children’s literature motifs converge: the fascination for nature’s wilderness and strength, the sense of justice, the desire for freedom. The fateful encounter of the protagonist, Clay, with the last surviving wolf in United Kingdom – kept prisoner in a circus – will ignite the indomitable desire to give the animal its freedom back. The impulse will become a project and then an action. The adventures, the pitfalls, the unknown places that Clay will go through keep the reader in a breathtaking suspense until the final denouement, when Clay sets the animal free and – symbolically – frees himself.

Final winners will be announced during the Bologna Children’s Book Fair 2020.
Fingers crossed for Nebbia!